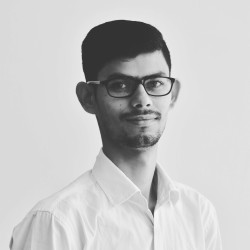 By Sunil Kumar Sharma Join Conversation
Welcome to my world, Read on #xpertzmate!

Gutenberg 7.0 has been launched on November 27, 2019 and came with a lot of new features and enhancements. The release of this new version has been shaped with the help of more than 51 contributors. This is one of the biggest number of contributors that have ever come together as a team to enhance the functionality of a plugin.

The most exciting feature of the latest version of Gutenberg is, the navigation block has been made a stable feature now. It was added in earlier version just as an experimental feature.

This block editor offers an incredible experience of website-building where a post or page’s content has a different layout; a collection of different blocks.
Here, we are going to discuss some of the eye-catching features of Gutenberg 7.0.

No need to format: With the classic editor, if you copy some content and want to post it then after pasting it there, you will have to format it. It does not get pasted in the source formatting. But the case is different with Gutenberg editor. After pasting, it will remain the way it was.

It is all about blocks: Here, you are not going to deal with all the content as a single piece. On a single page or post, you will have multiple blocks that makes the process of managing the content much easier.

Drag and drop: Once you have pasted all the blocks on a single post or page, you can drag and drop them for repositioning. These blocks can be restructured only by simply dragging and dropping.

Drop Cap: Drop Cap is a large capital letter at the start of a text block. It has the depth equal to two or more lines of the regular text. In this editor, Drop Cap has been introduced in this editor for styling the content. You can enable Drop Cap only with a few clicks.

Reusable Blocks: If there is a block that needs to be repeatedly used then it is not necessary to create it every time. You can just reuse the same block again and again as many times as you want. All you have to do is, save that block to the Reusable Blocks library. Image and text side by side: In the classic editor, it was not possible to place two images or one image and a piece of content side by side. With Gutenberg editor, it has been made possible with the help of Media and Text and column block.

Till now, there have been more than 200,000 active installations of Gutenberg which is a clear evidence that people are accepting the all-new editor and also liking it very much. With the new features that have been introduced in this version, contributors have tried to do a melding of blocks and old templating ideas. It will be interesting to see how this plugin is going to work in the long run.

If you have any queries related to this plugin or any questions related to WordPress then I’m just a call away.

Coding is my kryptonite and development is what I am enthusiastic about. Making your visions come true and being aligned to the clientele that entrusts me with their work is what I am experienced at. This blog is to tell you all about me, my vision, what is happening in the field of development and WordPress! Yes, this is the place where you will know all that is cooking, buzzing and coming to life in the coding world!

You Can Check Also:

LET’S GET IN TOUCH!!

Need Help? or want to publish your article here
Send us an email and we will get back to you as soon as possible!